November 18, 2016 marked 1 year of me being the mother of a special, very busy, determined, social little human. It has been an amazing year of ups and downs, success and challenges, laughter, tears and a whole lot of personal development.

The first year of any new mothers’ life is full of learning curves. Trying to achieve a balance between the old you, the new you, the tired you, the in love with your baby you, the three instead of two of you – or two instead of one – whatever your new number is! There’s so much change that comes with the creation of an extra branch on your family tree and adjusting can be difficult.

I spent my first year as a mother overseas in South Africa; my husband was offered a project over there for ten weeks and considering I was on maternity leave we thought it would be the perfect time. I had always wanted to visit Africa and I’m regularly of the mindset that when an opportunity presents itself you should take it; it’s generally presenting for a reason.

We spent six and a half months in Johannesburg and the remainder of the time in Cape Town. Friends and family were concerned about the risks involved with moving to Johannesburg with an 8-week old baby. I was positive it would be ok and after emotional goodbyes off we went on a 13-hour flight with our 3 suitcases, pram, porta-cot, carrier and the baby.

The first 2 weeks were tough I won’t lie, I cried maybe every second day and I don’t regret it. Better out than in! Being a new mum can be quite isolating – I was tired, by myself all day with the baby, no one to talk to, I missed my family and our friends. The apartment we had been put up in was lovely but it wasn’t home and I wasn’t in my comfort zone. I was limited as to what I could do and where I could go with my tiny little human. I was having a tough time seeing the positives.

However, when you’re thrown in the deep end it’s sink or swim and I chose to swim. Through the tears came motivation. I got online and searched for mums & babies classes to join, I just had to think about what resources and support I would have at home and try to recreate that in South Africa. As the New Radicals told us in 1998 – You Get What You Give…. So I put my ‘invisible hat of courage’ on, reached out and what do you know, I made some great friends.

On Mondays and Wednesdays, I was able to socialise, vent, discuss experiences, sing, play, watch and aide my sons’ development. It was really nice to be with women who were experiencing similar things to me and the teachers of all the classes I attended were absolute blessings – so welcoming and caring toward us.

I had my struggles with feeding because I always had low supply so I was feeding every 2 hours through to 5 months when I started topping up with bottles. My confidence and self-worth took a bit of a hit from that, but I was doing my best. I got nipple thrush (which meant baby had oral thrush) several times and, as for a lot of new mums, sleep was a distant memory. His day naps were only 25 to 40 mins for the first 7 months and at night he was waking 2 to 3 times. Still doesn’t sleep through often enough!!

My husband’s project was quite stressful, and for me, baby all day and baby all night was taking its toll. I could barely communicate – for some reason having a baby made me lose the ability of reasonable speech and comprehension.

We had separate focuses; his was work, mine was baby. We were running side by side but not on the same track which we weren’t used to, because pre-baby we didn’t have these distractions. We were each other’s main priority. Having a baby mid 30’s and early 40’s, I suppose we were used to living a certain way (for so long), only thinking of ourselves so it was quite a change!

We needed to get that team feeling back, to inject a bit of fun into our life. I created a lucky dip of the top 10 things to do in Johannesburg and we spent our weekends exploring our new environment as a family. It was enjoyable and the exploration allowed us to leave our stresses behind.

As time went by I became more confident in my ability to overcome the tough stuff and enjoy the day to day. I was accepting my new role and with a generally happy, vivacious baby on my hands it was becoming quite pleasant. People in the area got to know us and would always say hi. I found myself becoming more open, talking to people and the baby was a total people magnet.

Ten weeks turned into 10 months. Throughout the year we made four trips back to Australia which meant 8 separate occasions of baby jet lag, a few of which I had to navigate alone. I felt for our baby all the travel, different time-zones and different apartments we lived in he probably never really got settled. Perhaps this attributed to his never sleeping through?

In July we made the moved to Cape Town for 5 weeks which would complete our time in SA. I had a lot of emotional connection in Jo’burg; I’d felt a lot of change in myself there from the time we arrived to the time we left. I wasn’t so excited about having to start over again but, as tough as the change was – I reminded myself that I’d done it before and could do it again! I tried to make the most of the time, joining classes again for socialising, going for walks every day and just appreciating my surroundings of ocean and mountains.

Around 8 months our baby became extremely busy, with a lot of energy, a strong will and most mornings awake from around 4.30am. I was beginning to feel really tired; looking in the mirror I didn’t recognise myself anymore. I was giving everything to keep my husband and baby happy and realised I had left nothing for me. Sometimes it takes a while for the imbalance to show but I was now starting to wonder who I was and where I belonged. I felt like I was just about to hit the bottom.

As mothers it’s so natural to put our babies needs and a lot of the time our husbands/partners needs before our own. After taking so many flights and listening to the safety demonstration a billion times it finally clicked – I needed to put my own mask on before assisting others.

After being home in Australia for a month we were offered a further 11 weeks in South Africa and my reaction to this was to change my mindset; to see it as an opportunity for time without distractions where I could pay attention to myself and my needs. It’s amazing how much an attitude adjustment and taking real time for yourself can set you free.

I worked with a coach and began discovering myself and my strengths. I developed a vision for what I want my life to look like and I started writing – which is a beautiful release and a kind of therapy for me. I put plans in place for myself, set goals and began participating in life rather than just living Groundhog Day. For me the strength that was built in the weakest of moments has taught me that I can do anything. When you think you’re on your last legs is when you find the ability to push.

The rollercoaster of 2016, my first year as a mother, is ending on a really positive note. It has brought all extremes of emotions and experiences. I firmly believe that what doesn’t kill us makes us stronger and I think being a mother does make you a Wonder Woman. We go through so much for our families, some have it quite tough and others a little easier but we all have our story. We should all be proud of what we’re achieving without comparison and with support for each other. I have always said that ‘life is a choose your own adventure book’ so I encourage you all to own your story and pat yourselves on the back for your ability and achievements no matter how big or small.

Join our social communities and become a member of Australia's largest online group of mums! 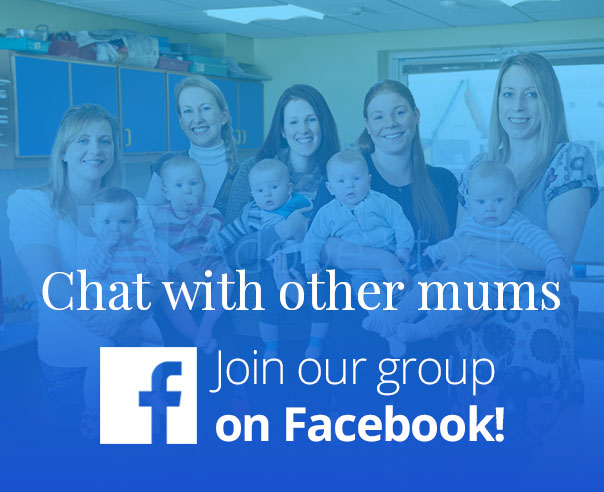